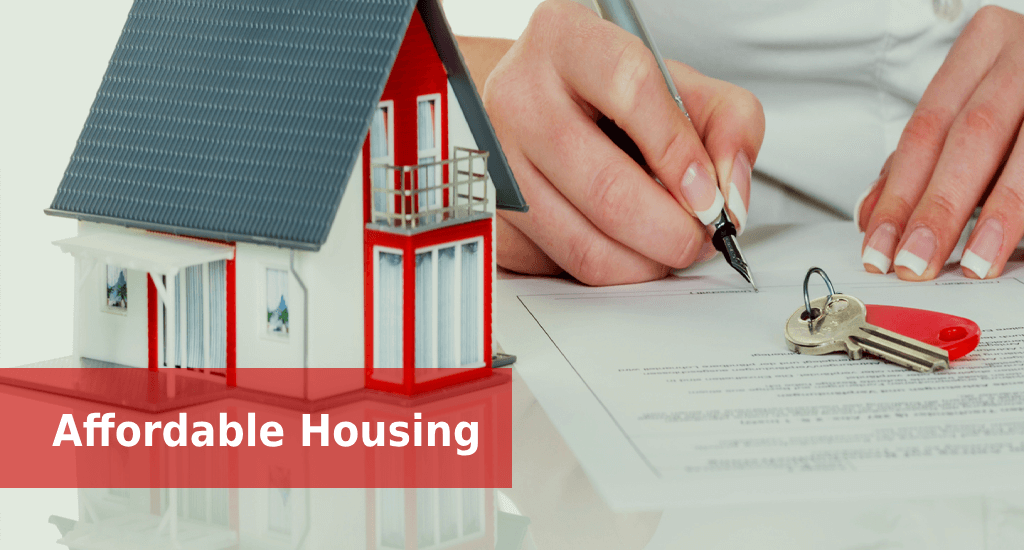 Affordable housing was suddenly on everyone’s mind when the government announced PMAY (Pradhan Mantri Awas Yojna) scheme in December 2016. Many factors indicate it to be affordable housing that will drive the residential real estate market in India in the years to come. Let’s take a look at what does this mean for developers & also for you as a buyer.

The market for Affordable housing in India

The real estate of India has been a vibrant industry. A lot of projects were launched to target middle-income groups or higher income groups. Most of them positioned their properties to be premium apartments with amenities like club, pool, proximity to schools, airports & malls. Many people even bought more than one house in different localities or different cities.

But things slowly changed for the real estate market in India. Housing prices shot through the roof & created a bubble. The middle and high-income groups had to stretch their incomes thin to get the house of their dreams. Around this time the job market turned weak followed by layouts and job scare. Added to this, builders almost always took longer than the deadline to finish a project. Ultimately, lots of buyers got weary & lakhs of units were left unsold in metro cities.

While the real estate market was looking miserable, the Government of India announced its ambitious plan to provide affordable housing for all in India by 2022. Honorable Prime Minister Narendra Modi announced that India needed at least 2 crore houses in the range of 5 to 15 Lakhs. To address this, he launched Pradhan Mantri Awas Yojana (PMAY) – Urban. The primary focus of this project was on slum dwellers, economically weak sections & low-income groups. Later even middle-income groups were included under the scheme.

In the Union Budget of 2017-18, the Government of India announced a number of measures to support affordable housing:

To support the scheme, RBI has also announced some measures that would help buyers and developers in the low-cost housing segment:

As a result of these measures, developers are now taking an interest in low-cost houses in India. Their prime target audience is the middle-income group which has the capacity to drive demand in this segment.

What does it mean for developers?

Affordable housing has been granted the status of ‘infrastructure’ projects. This means developers will find it easier to raise capital or finance for such projects. On the taxation front, tenure for capital gains has been reduced to 2 years. This means a developer has to hold a project for just two years before selling. The profit will be taken as long-term gain and it will be taxed at a lower rate.

Clearly, affordable housing in India is set to become a profitable segment for developers. But it is important that a developer should not confuse ‘low-cost housing’ with ‘low-quality housing’. The cost of construction is made up of cost of land, cost construction material, cost of labor and cost of approvals and documentation. Despite all incentives, cost of land, labor & material is still high in India. In a bid to keep the cost of construction low, it is possible that a developer may try to cut corners by compromising on the quality of material used in construction. In the short run, this may give him some fat margins. But if he wants to build a loyal base of home buyers, he will have to adopt more ethical standards.

In addition to using Government and RBI incentives, a developer can reduce his cost if he can increase the volume of projects. This is, of course, an option for big developers. The others will have to adopt techniques that can save labor cost and time without compromising quality. This will be a sustainable method of generating profits.

What is an affordable house for a buyer? According to reports:

In the language of home loans, this is called EMI/NMI ratio. Usually, an EMI/NMI ratio of 30 or less is said to be good. This means, your home loan or liabilities should ideally be less than 30% of your income. If you can buy a house that you like, within this budget, it is an affordable home for you. For incentives to banks, RBI has afforded priority sector classification the following:

The past year has been exciting for home buyers. Interest rates on home loan have reduced from 9.5% to as low as 8.35%. Incomes have held steady. The middle-income group is consistently earning more than Rs.50, 000 per month. Many households have 2-3 earning members. A majority of this segment is looking to own a house property. To explore best home loan schemes from different lenders, log on to www.afinoz.com. or mail us at info@afinoz.com. We are here to serve you the best financial products without any hassles.