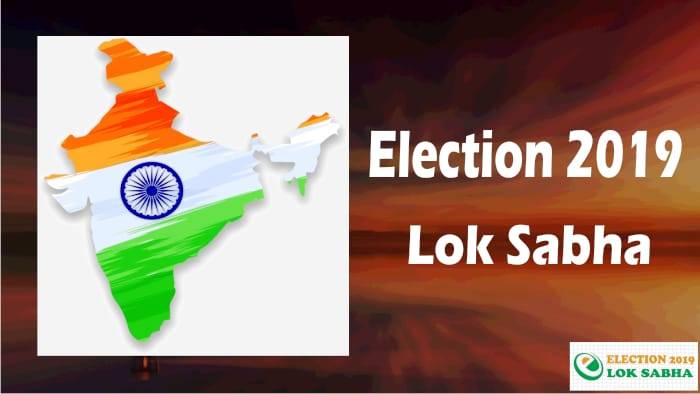 The 17th Lok Sabha General Elections in India are set to commence on April 11, 2019, and will go on until May 19. The results of the polls will be declared on the 23rd May. These elections are going to take place in 543 parliamentary constituencies in total of 7 phases. Assembly elections in Andhra Pradesh, Arunachal Pradesh, Odisha, and Sikkim will also be held during the general elections, making this election schedule the largest democratic electoral exercise in the world.

The entire election schedule is broken up into 7 phases. Phase 1 of the election will take place on April 11 while phase 2 is scheduled on April 18 followed by step 3 being held on April 23 and phase 4 on April 29. The rest of the three stages will take place in May on the 6th, 9th and 12th of the month, respectively.

Uttar Pradesh, West Bengal, and Bihar will have elections for various seats in all the seven phases. Polls for Jammu & Kashmir will be held in five phases. Maharashtra, Jharkhand, Madhya Pradesh and Odisha will have the elections in four phases.

Chhattisgarh and Assam will witness polls in three stages while in Rajasthan, Karnataka, Tripura, and Manipur; votes will be conducted in two phases. Elections will finish in one step in the rest of the 22 states and union territories.

This time the elections will have 10.35 lakh polling booths across the country, up from 9.28 lakhs during the 2014 elections. As usual, the electronic voting machines (EVM) will be used to register hundred percent of the votes that will be casted in the 17th Lok Sabha elections. 17.4 lakh EVMs will have VVPATs. VVPAT, short for Voter Verifiable Paper Audit Trail, is a device used as a secondary verification tool to let the voters know that their votes have been casted in favor of their preferred candidates. The demand for VVPATs has increased lately owing to the increasing allegations about EVMs being tampered. The ECI has also announced that EVMs will have photographs of the candidates from each constituency.

Institutive Actions Taken By the ECI

Sunil Arora, the chief election commissioner, declared that three independent special election observers will be positioned in Jammu & Kashmir, to keep the insurgencies and violence in check while the Elections are going on. These three special observers are retired IAS officer Noor Mohammed, retired IPS officer and former DG CRPF AS Gill and IAS officer Vinod Zutshi.

The Election Commission of India has appointed, for the first time ever, expenditure observers in a few states to monitor and check the amount of money spent pre and during elections. This step has been taken after the excessive money spent during the 2014 elections, which was the highest amount spent in the history of Indian elections. These observers will also monitor the money spent on social media marketing campaigns by the parties.

Apart from these, the ECI has also appointed social media observers and other separate teams that will ensure that no fake news or hate speech is spread during elections. Every promotional post meant for social media will have to be certified and approved by these teams to make sure that all digital marketing advertisements fall under the model code of conduct laid down by the ECI. Print, Television and radio ads will also have to get through the certification process before they can be broadcasted.

Malicious use of social media to present twisted, distorted information to the public has emerged as a significant issue in the Indian political scenario. The Election chief assured that major internet companies like Facebook, Google, Twitter, and Whatsapp have promised to curb fake news by setting up fact checkers and grievance officers. The ECI has also launched CVigil, an Android app that Indian citizens can use to report malicious activities happening during elections. The app enables the users to report any such events anonymously as well. All the complaints reported on this app reach the ECI within hundred minutes of the filing of the report.

India is ready for what is often referred to as the democratic festival of the nation, as it braces itself for the 2019 Lok Sabha elections. The election commission of India has taken numerous measures to maintain peace, orderliness, and fairness throughout the election procedure. Similar to 2014, the two major competing political parties are the ruling Bhartiya Janta Party (BJP) and the main opposition party, Congress. However, there are a total of 2000 political parties fighting the elections with over 8000 candidates contesting for 543 seats in Lok Sabha.

We urge you to please step out of your homes to cast your vote and help your country choose a well-deserved government.