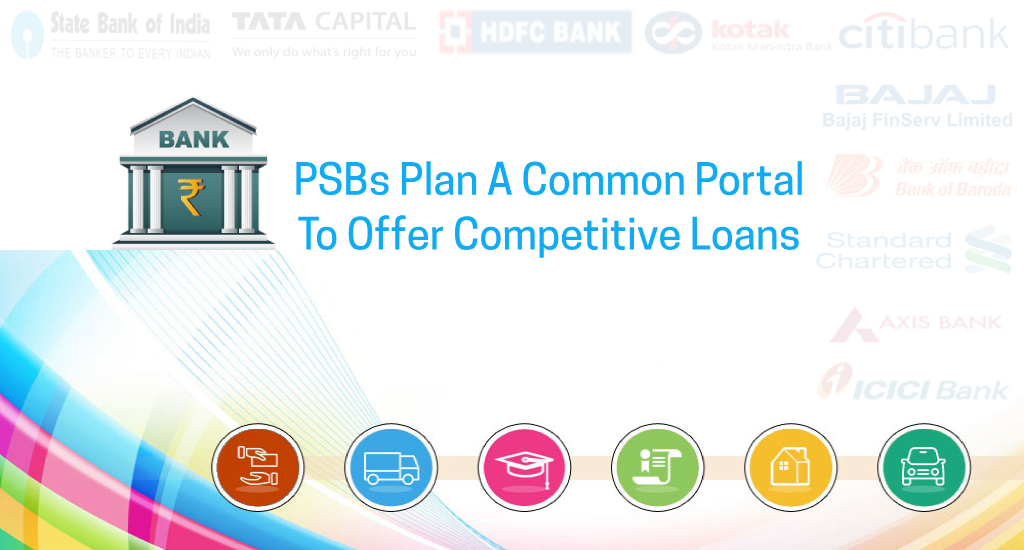 Public Sector Banks (PSBs) are planning a common portal where individuals can avail of competitive and instant personal, housing and other retail loans based on their creditworthiness.

As a part of scaling up its financial inclusion drive, the government is expected to extend its support to the public sector banks to set up a common portal which at some point later can be used for offering loans to small and micro industries.

“This is the next phase of banking where customers can get loans quickly and in a hassle-free manner”, says a senior finance ministry official.

“We have had some discussion with PSBs (Public sector banks), they are encouraged by this idea and they will discuss among themselves on how to make this operational. We will provide them support if so required”, said the official.

As per the projection, which is in a design phase, the loan seekers can fill in the required details online based on which he/she will receive competitive offers from interested lenders for any of the loan products and find out the status of his/her loan application. The banks would use a common checklist to assess the borrower’s creditworthiness.

This move will implement new financial technologies to make business transactions at PSBS quicker and hassle-free. Banks have already been instructed to make the decision on loan applications from micro, small and medium industries within two weeks. “Brick-and-mortar branches will progressively become redundant. The new portal will use simplified forms and processes to help loan seekers get quicker approvals on their application,” the official said.

The Banking sector, especially over the last 12 months period, found themselves into troubled water mounted by looming dark clouds of NPAs, frauds and massive loss of credibility.