What is affordable housing?

As the saying goes ‘Necessity is the mother of invention’, one of the vital necessities is affordable housing.

There is no specific definition of the term ‘affordable housing’, as it can be implied in several ways depending on the context. Though different countries and different people have numerous definitions of this relatively simple term, the meaning remains the same. Affordable housing is applicable for those housing units which can easily be afforded by lower or middle-income households. The section of society whose income is below the median household income can enjoy the benefits of affordable housing schemes by the government of India.

Affordable housing is a necessity especially in developing nations like India, where a wide section of the population is not financially stable to buy houses at the market price even with home loans. Poverty and low income of people in our country remain the primary factor that calls for the need for affordable housing and housing finance for the same. Infrastructure is one major factor that dictates the country’s development as a whole.

Urbanization at a very fast pace and migration from villages to cities resulted in severe shortages for housing in urban India, especially for those sections, which are economically poor.

India is witnessing urbanization at an unprecedented scale and has been projected to grow at 2-2.5% CAGR between 2015 and 2021. If the urbanization grows at the same trend, urban areas are going to comprise 40% of the Indian population (Source: Elite Wealth). Source: IIFL.com

To name a few, National Housing Policy, 1994; Jawaharlal Nehru National Urban Renewal Mission, 2005; Rajiv Awas Yojana 2013, the Pradhan Mantri Awas Yojana (PMAY) launched in 2015 are all significant steps towards this cause. The latest PMAY-Urban (PMAY-U) subsumes all the previous housing schemes and aims at providing ‘Housing for All’ to be accomplished by the year 2022. The total housing unit needs to be addressed through the PMAY-U is approx 20 million.

What are the issues and challenges?

Affordable housing can prove to be the primary factor driving the economic growth of the country in combination with various other sectors where it is equally valuable. Residential construction provides the highest form of employment as of now in India but is mostly informal so cannot be declared in documents as an exact number. The profit margin is also higher in the housing sector as compared to various other employment areas such as agriculture, trade, electricity, railways, banking, and insurance, communication, etc.

The Government’s keen interest in providing ‘housing for all’ has to lead to various measures towards affordable housing for lower income groups. Various policies in the development of houses, government incentive schemes and interest subsidy scheme under Pradhan Mantri Awas Yojna (PMAY) is a step towards this goal. From the consumers’ outlook, the low-cost funding available from banks for affordable housing is driving the demand and policies like Real Estate Regulatory Authority (RERA) Act is attracting fresh buyers to invest in the real estate sector. The combined efforts of the Government and the RBI to enhance affordable housing have to lead to a positive outcome towards this goal of achieving affordable housing.

Several factors are affecting affordable housing development in India. To address a few, the major challenges in this regard are lack of appropriate low-cost land within the city confines, inadequate development norms, lengthy statutory clearance and approval process. Other factors are proper planning and designing of affordable housing project design, lack of participation due to low-profit margins by key market players, lack of maintenance mechanism, high funding costs for construction,  lack of a suitable mechanism for maintenance, issues in beneficiary selection and inadequate resources and team selection process. Until and unless the above challenges are resolved, creating two crore homes is quite challenging.

There are several other issues in the development of affordable housing in India as well. The major challenges are due to various economic, regulatory, migratory and urban issues. The lack of availability of land in city confines, increasing construction cost due to rise in prices of raw materials, lack of supply, unavailability of home finance are some of the constraints that are impacting the ability to purchase houses by low income groups(LIGs) and Economically Weaker Sections(EWSs) of the society.

While some of these multiple issues are getting resolved at a gradual pace, there are still a lot of efforts need to be made to make affordable housing accessible to the needy. Public-private partnerships can be a great move towards boosting up affordable housing in India. Key market players in the real estate sector and big developers should work along with the government to make this distant dream of ‘housing for all’ come true.

Issues such as Lack of Availability of Urban Land are rapidly growing due to fast pace urbanization and increase in population density. With people are migrating from villages and small towns, poor regulation from state and municipal corporations in this regard is worsening this situation further.  As a result, prices of houses or even lands are much higher in India as compared to other countries that can support real estate developments at a larger scale. Too much Control on Development of Land in urban areas creates false scarcity by controlling the quantity of construction thus making land recycling difficult. Some unnecessary regulations tend to move urban development towards the outskirts of the city. This has resulted in increased city periphery, which ultimately means incremented distance from one place to another within the city.

Unnecessary extension of urban infrastructure is leading to a longer commute and making it difficult for public transport to operate successfully in each and every part of the city. The situation could have been better if the land supply had been unimpeded. These strict rules and regulations which are otherwise not necessary as they are not getting implemented in the way they are meant to be, is leading to rampant corruption as there are numerous stakeholders with large shares in real estate development.

There is a bulk of unused urban land owned by government authorities or state-owned entities such as railways, army, and electricity boards etc which are not for sale and thus cannot be used. They are either lying vacant or are not getting used properly considering the high value of compatible use based on their centralized location. As the government is not maintaining and monitoring this land properly they are getting proliferated by slums and squatter settlements. There is a definite need for strong protection to property rights due to lack of clear titles and proper information about land ownership.

A land should properly be recognized through the system of titles and process of registration in government documents. The lack of these elements creates an incompetent real estate market full of disputes that pulls back buyers to invest in such a property.

Due to the lack of transparency in the real estate market for affordable housing projects, getting the desired accurate information regarding land ownership and transactional details attracts high costs. While land documents and previous transaction details can be gathered from the Department of Registration, the process is burdensome, and the prices and transaction details mentioned in the registration document might not be accurate of actual costs.

Further, gathering information about the land inventory has not been carried out broadly nor is reachable to buyers. A large section of mediators in the real estate market that directly deal with prospective buyers on behalf of landlords are not authorized to sell properties.  Thus, buyers looking to buy an affordable house for their safe future not only lack access to genuine information of the available inventory but also have to face issues regarding safe transactions due to the uncertainty of land ownership.

Let us know the initiatives and solutions for future growth

The essence of life is that everything is linked here be it economy, environment or the people. In India, the sustainable economy still needs to be achieved through various tools such as energy and water efficiency. Social inequality is the major reason that rich is becoming richer and poor is becoming poorer with each passing day. The access to sustainability is only for the premium class of developers that are quoting heavy prices for the inventory available in urban areas. A section of buyers who can afford it is making multiple properties while the weaker economic sections are suffering without a single proper roof on their head. There are various initiatives and solutions being looked after to tackle such issues with the aim to provide affordable housing in India. We need a multi-modal approach to deal with the issue by providing support in financing model derived from a detailed evaluation of the project. The distribution of houses needs to be linked with the progress in construction for an affordable housing project that can take up to 60 months for completion.

What is the impact of affordable housing on housing and society?

We are living in a modern era, where the population is erupting at a very fast pace and so is the technology. The world population is growing day by day at an estimated number of approx 80 million every year and they are using the resources available on earth. Global population has increased by approx 104% since 1970. Let us understand the impact of affordable housing on the environment and society.

Lack of house and homelessness can seriously impact the health of people who are financially unstable to afford a house of their own. Affordable housing can free up resources for food and medical expenses thus improving the overall health.

The major proportion of household income that goes towards paying for house rent and transportation has risen radically from past few years thus, leaving low-income group families with fewer amounts for other necessities. Affordable housing located near public transportation can help them save money and can provide access to better jobs for such people.

There are several other positive impacts of affordable housing on the environment and society as a whole which can benefit the people not just in India but globally as well. 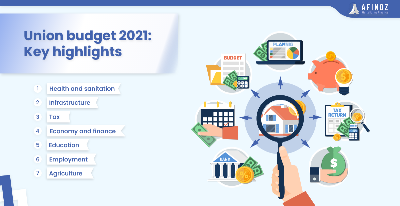 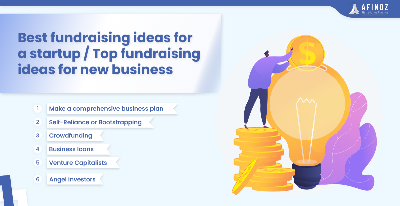 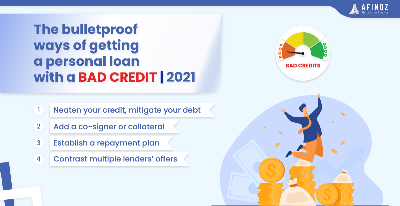 The Bulletproof Ways of Getting a Personal Loan with a Bad Credit | 2021
Continue Reading ...