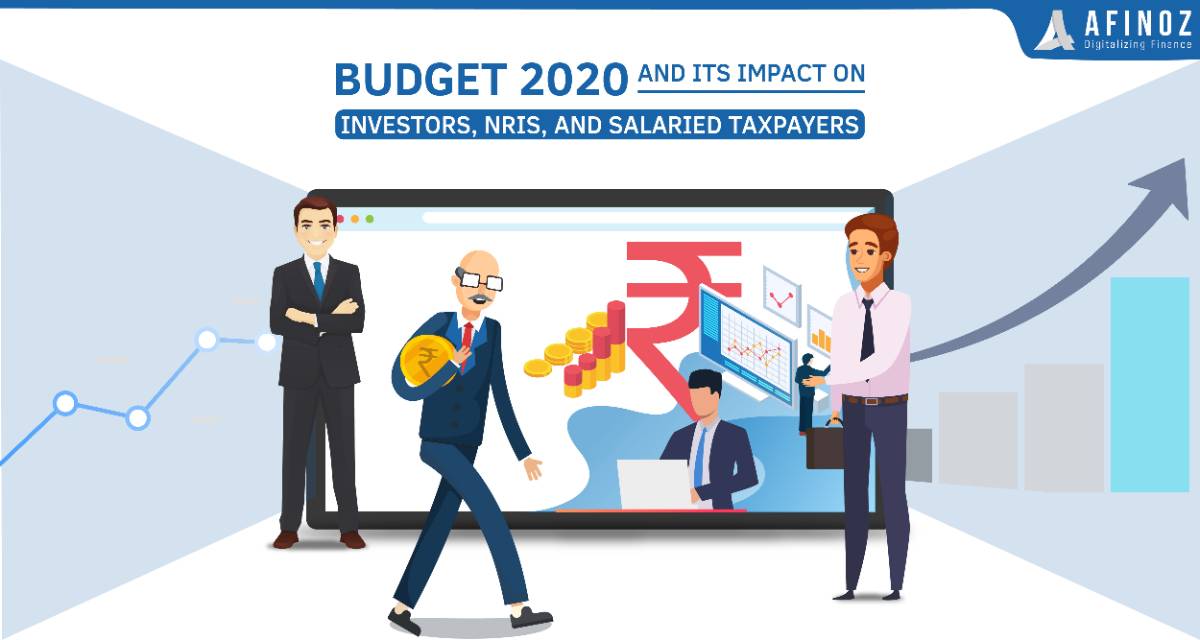 Budget 2020 And Its Impact on Investors, NRIs, and Salaried Taxpayers

On Feb 1, 2020, Finance Minister, Mrs Nirmala Sitharaman introduced the union budget 2020 in the parliament. Amid sluggish GDP growth, everyone was expecting relaxation in taxes to boost consumption in the country. But proving all expectations wrong, the government tabled the new tax regime, a new system to tax earning from dividends, and changed the residency rules for the NRI citizens. However, if you haven’t figured out how these changes will impact you, then keep reading this blog as it answers the following questions:

First of all, you need to understand that if you switch to a new tax regime, you will require to forgo at least 70 exemptions/deductions. 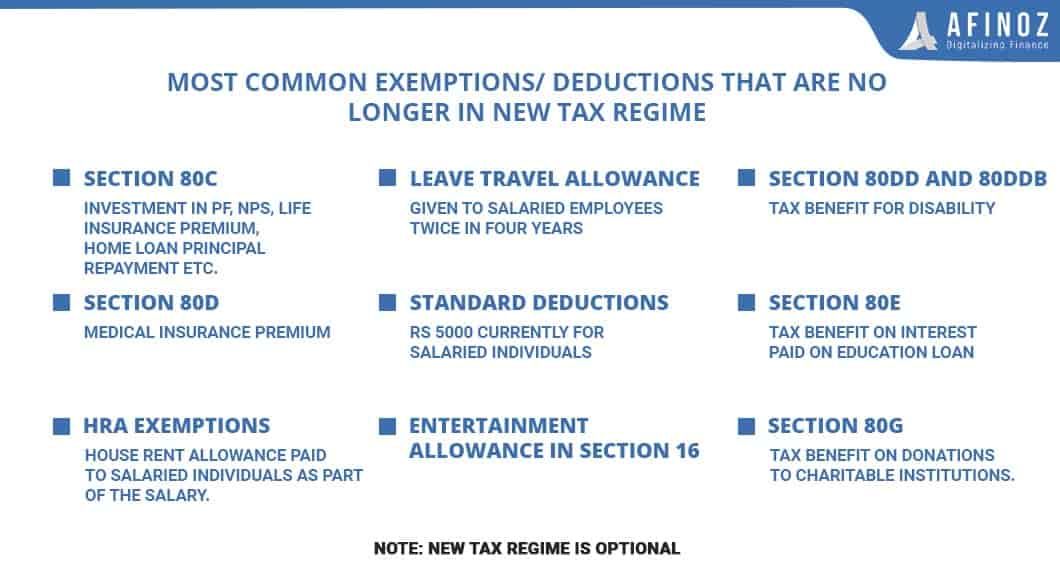 However, the new tax regime is optional but following case studies will help decide whether you should switch to it or not.

Case 1: If a salaried individual doesn’t claim any deduction or exemptions

Case 2: If a salaried individual is claiming common deductions or exemptions under sections 80C, 80D and standard deduction.

Case 3:  If a salaried individual is claiming most of the exemptions/deductions under section 80C, 80D, the standard deduction and HRA exemption.

If you have understood the effect of the new tax regime on your income, let’s look at how removing the Dividend Distribution Tax will compel you to pay taxes on your investment.

When a company pays dividends to the shareholders from the profits, it has to pay a tax called DDT. Generally, dividend income comes from shares or mutual funds. But, as the DDT is extinct, now disposable income will increase and the individual taxpayers will have to pay a tax on it as per their respective tax bracket. In simple words, if a person comes under the slab of 10%, he will have to pay 10% on his income earned from dividends. In the existing system, a company pays 20.56% as DDT on earning from dividends. 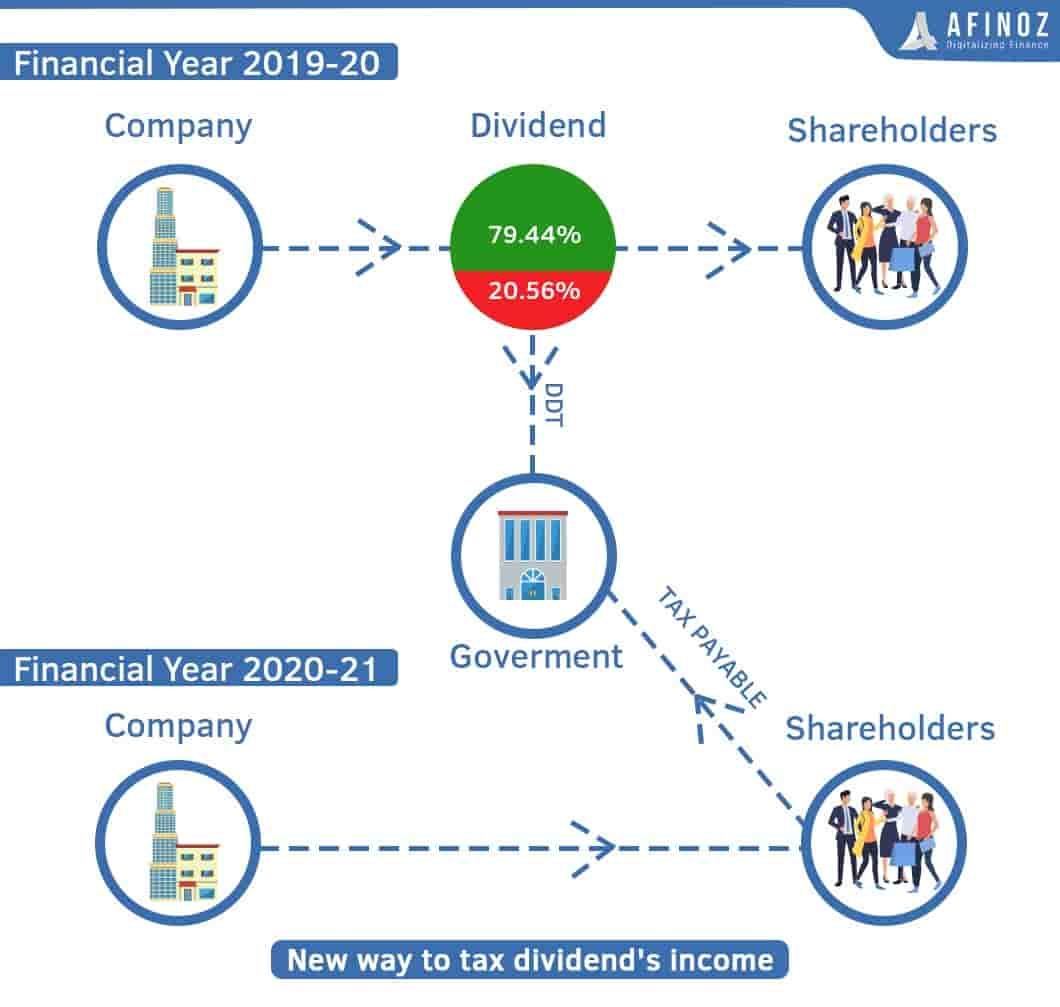 Apart from this, earlier, the resident non-corporate taxpayers (individual, Hindu Undivided Families or a firm) had to pay a 10% tax for dividends exceeding ₹ 10 lakh a year. Yet, there is zero tax on the dividends received from mutual funds.

Removing the DDT will benefit the taxpayers who are in the 10% and 20% tax bracket. Although, taxpayers in the 30% tax bracket will end up paying more to the taxman.

NRIs are worried after the change in residency rules. As per new laws, any Indian citizen or a person of Indian origin will be considered resident by the Indian taxman if they spend more than 120 days (against 182 days earlier) in India.

Generally, some wealthy Indians roam from one country to another to maintain their NRI status and do not pay taxes at any place. On the other hand, Indian residents have to pay taxes on income generated in India and outside. Further, they have to disclose their assets outside India. This is also freaking the NRIs. In fact, they aren’t worried about taxes. Actually, their concern is, if the Indian government would compel them to disclose their foreign assets. However, the government has clearly stated that genuine workers need not worry about the new residency rules.

Before we wrap up, take a look at the key takeaways from the union budget 2020