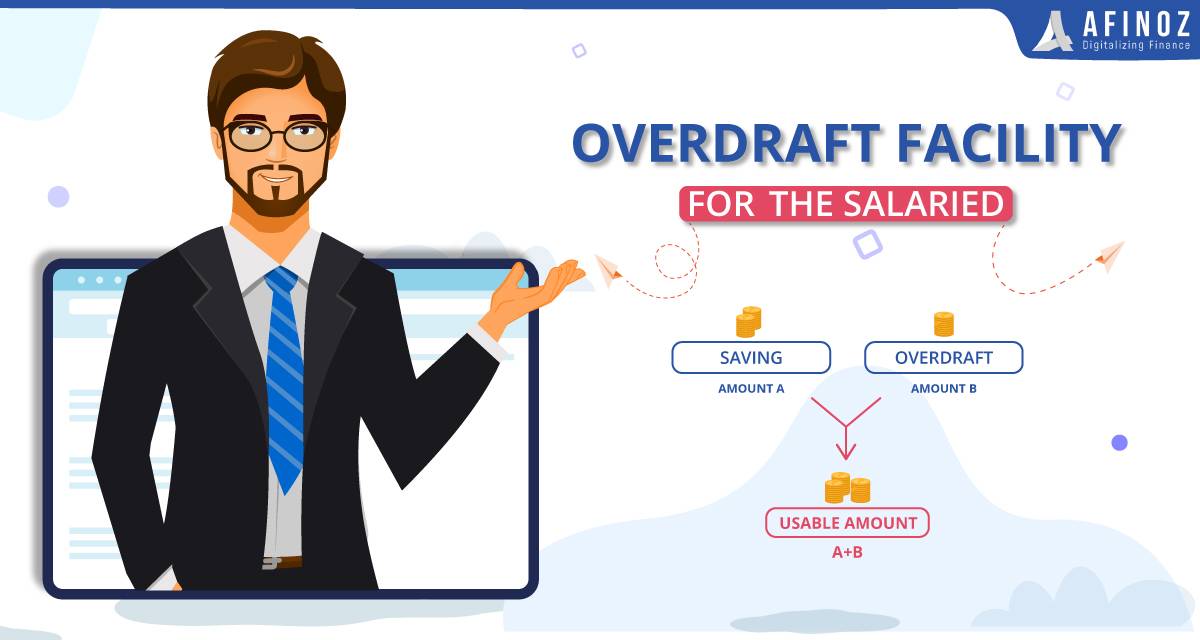 Overdraft Facility for the Salaried

What is a salary overdraft from the bank?

Customers seeking to avail the facility will have to separately apply at the concerned bank branch or can download the form for salary overdraft available on the bank’s website. One can also apply for the overdraft facility at the time of opening the salary account with the bank.

The bank charges a one-time processing fee for processing the overdraft facility request. For renewal of the request, banks levy renewal fee that can be either a fixed amount or a percentage of the overdraft credit.

How does the Overdraft Facility work?

Customers seeking to avail overdraft facility will have to apply to the bank in which they have an account or planning to open a salary account. Banks charge a fixed amount while making the facility available and also at the time of renewing.

Customers availing the facility of Salary Overdraft are offered the convenience of withdrawing cash at minimal interest rates that are charged as per usage.

Listed below are the benefits of availing Salary Overdraft from Bank:

What is the interest rate charged for salary overdraft account?

The interest charges on overdraft facility vary from bank to bank, ranging between 1.3% - 2.5% per month. The interest is calculated on a daily basis and one has to pay the interest per month on the borrowed amount.

Few banks allow repaying a minimum sum for the borrowed amount. There are no prepayment charges for early payment of the overdraft amount.

It is advisable to avail the facility within the monthly salary which can be repaid from the next month’s salary.

Personal Loan or Overdraft Facility. Which is a better option?

Both the facilities offer funds but there are few major differences. Let us analyse these below.

Whereas in case of overdraft facility there is no need for setting up of overdraft account over and over again. One can withdraw money once the account has been set up within a couple of hours.

In the case of personal loan, there is no scope of flexibility. One has to repay the amount at a pre-decided tenure.

With personal loans, the interest is applicable from the first month itself irrespective of the amount being used or not.

These possibilities are not there in case of overdraft facility. Customer is at ease to repay the amount as and when it suits him.

It is better to choose an overdraft facility instead of multiple personal loans.