Blogs |News |Prime Minister’s Budget for the Aam Aadmi: No Income Tax Up to Rs 5 lakhs

Prime Minister’s Budget for the Aam Aadmi: No Income Tax Up to Rs 5 lakhs

The Interim Budget was presented by Piyush Goel, the interim Finance Minister today and it had all the flavors of a ‘juicy’ pre-poll budget. It lived up to most of the pre-budget speculations and expectations and showered benefits on population segments that are supposed to matter the most for the ruling party in the impending General elections.

The Government has indeed done the best they could to woo the Indian middle class and the salaried before the elections this year. The big-bang announcement made today to raise the Income Tax exemption limit to Rs 5 lakhs for the individual taxpayers is a definite step in this direction. However, people having a net taxable income over and above 5 lakhs will not get this tax benefit; they will get the standard deduction benefit only.

The overwhelming support from the ‘Great Indian Middle Class ‘was said to be a significant reason why the BJP came to power in 2014. But the recent assembly polls in 5 states showed that the opposition was able to make inroads into this seemingly dedicated support-base of the BJP. Some sections of the media reported various reasons for rising middle-class apathy towards the BJP, and there were growing talks of a big chunk of Indian middle class alienating from the ruling party, slowly but surely.

Raising the IT exemption limit by 2 times will work as a major ‘balm’ to this much-hyped middle-class grievance. In another helpful announcement to the middle class and the salaried, provisions are made to process Income Tax returns within just 24 hours, with an immediate payment of all refunds. All verification and assessment of Income Tax Returns are proposed to be done electronically, without the intervention of tax officials, within a span of the next 2 years.

Some additional benefits showered to the salaried class are as follows-

Do you think “Achche Din” has finally arrived for the Indian middle class & the salaried? Do let us know what you feel about the budget.

Big Budget Bonanza: Farmers to Get Direct Rs 6000 Credit to Their Accounts

To make the widespread pre-budget speculations true, the ruling Govt. has announced an income support scheme in the Interim Budget today, much to the delight of the poor Indian farmers. Interesting!

This was on the cards after the debacle of the BJP in 5 Indian states a couple of months back, and the Congress-led opposition seemed to have reaped benefits from the alleged ‘farmer alienation’ and ‘anti-farmer policies’ of the present Government. This will work as a counter to the recent loan waivers announced by the Congress Govts in a few states. This is seen as a definite attempt by the NDA Govt. to reduce the farmer apathy before the impending General Elections this year.

Piyush Goel, the interim Finance Minister, categorically stated in his budget speech today that this scheme is a step towards meeting the urgent need of a structured income support system for the poor Indian landholders. This scheme, named the Prime Minister Kisan Samman Nidhi aims to provide a sum of Rs 6000 annually to the farmers having up to 2 hectares of land in their disposal.  The said amount will be directly transferred to their accounts (through Direct Benefits Transfer) in three parts.

This package will put an additional burden of Rs 75000 crore to the Government exchequer. This is justified too as the poor Indian farmers have suffered a lot from the ‘rural distress’ in recent times. Rising input costs, low prices of vegetables and grains, droughts, floods, and poor irrigation facilities have plagued and impoverished a large section of farmers over the years. As a result of the recent production glut in many states, prices of many commodities had a great fall; which forced many farmers to dispose of their produce at exorbitantly low prices.

The NDA government rode to power in 2014 by making some ‘farmer-friendly’ promises, and one of them was to double their income by the year 2022. His subsequent budgets till 2018 worked on such promises and announced some ambitious schemes such as an increase of farm credit, soil health cards, electronic linking of agricultural markets under e-NAM and so on. But as per a report by IndiaSpend, the budgetary allocation of all the NDA budgets till 2018 were somewhat static and were only growing at 2% during the period 2014-2018.

This interim budget has tried to correct it though, with the allocation for agriculture has been increased by 13% as compared to the previous year. It is, however, just 2.3% of the total budget allocation of Rs 24.4 lakh crore this year.

Nevertheless, the Kissan Samman Nidhi will bring a lot of relief to the distressed farmers. Agriculturists are of the opinion that an income support system will help the farmers more than loan waiver schemes. It remains to be seen though, how farmers can reap the desired political benefit from these farmer-friendly measures.

Interim Budget Today: Who won and who lost?

The NDA Govt has presented the Interim budget for one last time today before the General elections coming up this year, and no one ever doubted the intentions of the Govt. this time. Yes, it had to be a populist budget, and it had to be full of those pre-poll ‘balms' aimed at reducing some much-hyped apathies. Overall, it fully lived up to a majority of the pre-budget speculations and expectations and showered benefits on population segments that are supposed to matter the most for the ruling party in the impending General elections.

Naturally, such a budget had to have its list of winners and losers. We will have a good look at them now-

Here come the winners! A round of applause, please…

Within just minutes into his budget speech today, Piyush Goel, the stand-in Finance Minister pulled out the ‘gift’ called the Prime Minister Kisan Samman Nidhi for the small and marginal farmers. This income support scheme worth Rs 750 billion aims to provide a sum of Rs 6000 annually to the farmers, who own up to 2 hectares of land.  The said amount will be directly transferred to their accounts (through Direct Benefits Transfer) in three parts. About 120 million farmers in this category are likely to be benefitted from this scheme.

Taxpayers with a taxable income of up to Rs 500000 are fully exempted from paying the income tax (the IT exemption limit is raised by 2 times!). Those earning up to Rs 6, 50,000 will not have to pay any tax also, if they invest in provident funds and some prescribed equities. According to the FM, this is going to benefit as many as 30 million taxpayers belonging to the middle class. The existing tax slabs will prevail for anyone earning more.

In another ‘big-bang’ announcement today, the FM announced a pension program for workers belonging to the informal sector who have a monthly income below Rs 15000. They will receive a pension of Rs 3000 per month, after their retirement at the age of 60. This will provide tremendous assistance to those workers employed in small establishments, without any job security and social security benefits.

Budgetary provisions have been made to increase spending on the fisheries and animal husbandry sectors. The government has also proposed an interest subvention plan for the small and medium scaled businesses having exposure and operations in Indian rural business. Companies such as Larsen and Turbo and Mahindra & Mahindra will be due for some real benefits.

As the FM reiterated the Govt initiatives to boost affordable housing, the real estate index at BSE climbed up in anticipation. He promised every person in India home for himself and also said that the exemptions on the Capital Gains Tax under Section 54 will now be available on two housed properties instead of one at the moment. The income tax relief on notional rent has also been extended from the existing 1 year to 2 years on unsold houses.

Two significant initiatives announced today, the income support scheme for the farmers and the pension plan for workers had the stamp and authority of the PMO all along. He had to find a weapon to stop the advances of the opposition before the elections in May, and both can serve this purpose well enough.

Here’s a look at the losers now!

This budget had nothing for those rural laborers who slog hard on farms but do not own a piece of land themselves. Most of the state-owned plans tend to discard this group in favor of the land-owning farmers anyway, and this budget should have included these landless farmers in its significant booming initiatives for the agricultural sector.

This Government is due to breach of the fiscal deficit target for the second successive year as the budget gap is estimated at 3.4 %. This can hit the bondholders if S&P or the Moody’s lowers the credit rating of the country.  Moody’s has already raised its doubts regarding the Government meeting the target for the next year too. Sovereign Bonds has slid today, immediately after the Govt. revealed its higher-than-anticipated borrowing figures for the next fiscal.

The Govt has unleashed a ‘true-blue’ pre-poll budget, full of goodies to woo the sections that are supposed to matter the most for the ruling party in the impending General elections- the middle class, the farmers and the SMEs/MSMEs. After the debacle of the ruling party in the recent assembly polls, the opposition was hoping to cash in on the ‘much-talked' growing grievances of these sections of people- but the Govt has used its ‘last chance' well enough to appease these population segments before the impending elections. These populist announcements may come to hurt the opposition as they are gearing up for the upcoming election campaigns against the Govt.

Do you want to add anyone or anything to this list? We want to welcome your views. Do let us know. 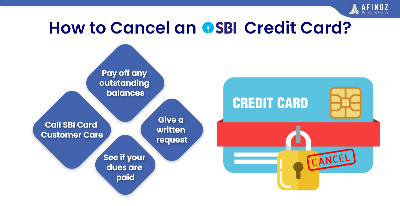 How to Cancel an SBI Credit Card?
Continue Reading ... 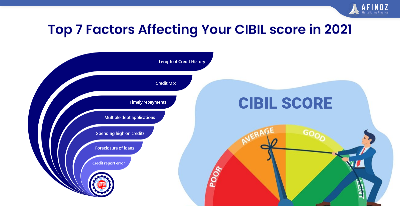