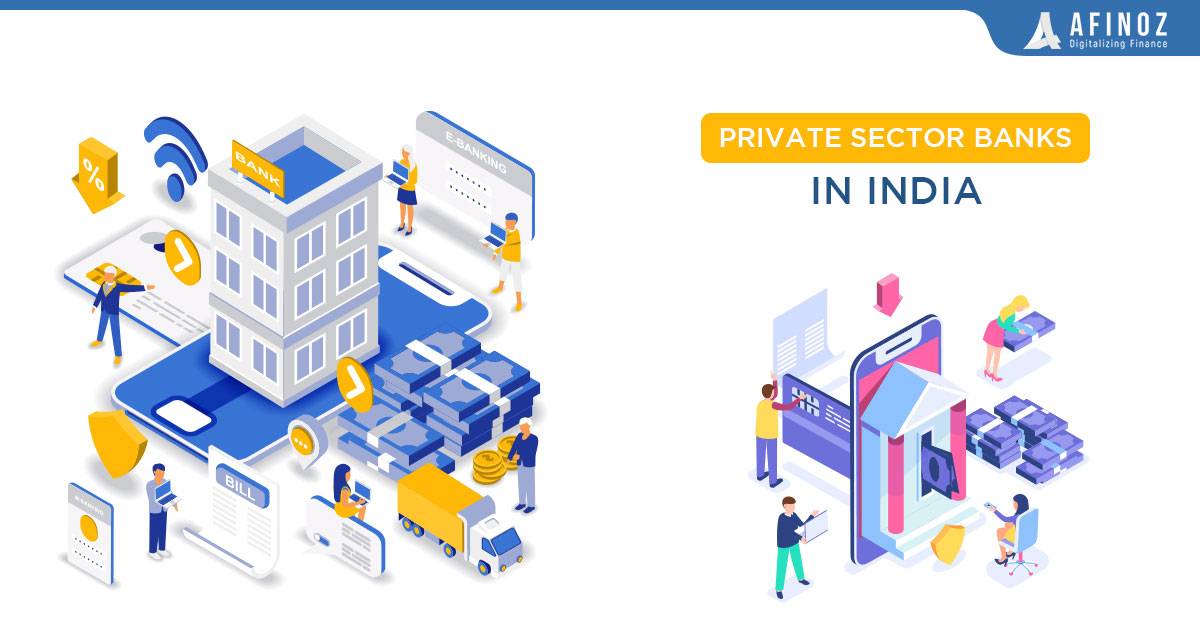 25 years ago, a prominent banker pitched his banking model to potential investors.

Is the story relevant?

Yes, it has substance as the journey for most of the private banks in India has been bumpy. First, in 1969, the then government nationalized 14 private banks, followed by 6 more in 1980.

The nationalized banking system wasn’t capable  of making its presence in the remotest part of the country. It was felt that to reach a level of financial inclusivity, more banks were required.

The desktop replaced the bulky ledgers. The adoption of ‘Core Banking Solution’ ended 15 days wait to get credit for outstation cheques.

However in 2020, today we are surrounded by lots of banks – public, private, and foreign banks – to choose from. And, picking up the best private sector banks among all is a tough ask.

That’s why in this blog we are listing down 10 private sector banks, their background and current state, so that you don’t face any difficulty finding a right bank for you. We will also share the name of the banker who luckily got investment from the investors.

The listed banks refer to banking institutions in which major stake or equity is owned by private shareholders. They also follow all the banking rules and regulations set by the RBI.

No doubt that the Bank deserves to be in the first place. It was founded in 1994, and it was the Arun Puri, who had floated the random figure of '300 branches in the next 3 years' as his business plan. Because of long-term vision, the Bank generated a massive revenue of 1.17 lakh crores in 2019, and out of it, the bank secured a decent net profit of Rs 21,078 crores. It offers a wide range of products like credit cards, Debit cards, home loans, auto loans, and personal loans.

Kotak Mahindra Finance Ltd. was an NBFC until it got a banking license from the RBI in 2003. It converted into a bank – Kotak Mahindra Bank Limited – and became the first NBFC to turn into a bank. Later in 2015, it acquired ING Vysya Bank at Rs 150 billion. In the year 2019, it generated revenue of Rs 28547 crores, out of which it managed to secure a profit of Rs. 5827 crores. The Bank has also entered in the neo banking services through its services called Kotak 811. The bank offers banking services, personal loans, car loans, home loans, and investment options.

ICICI Bank was founded in 1994. And, by the year of 2010, the Bank had acquired 9 medium and small banks. In the year 1998, the Bank launched its net banking services. Today, it offers investment products, personal loans, car loans, and insurance policies. In the year 2019, it generated a revenue of Rs 73,913 and a net profit of Rs. 3,363 crores.

Earlier, the Bank was known as UTI Bank. It began its operation in 1993 and became the first Bank to launch its travel currency card. 2005 it was listed on the London Stock Exchange and opened its branches in the overseas country. In 2007, it became Axis Bank which now offers personal loans, car loans, home loans, and other banking services. In 2019, with the strength of 55000 employees, it recorded a revenue of 41,409.25 crores and the net income of Rs 857.59 crores.

It was Established in 1994 with the ambition of serving the NRI community. This is the reason the Bank has a considerable presence in metro cities. Apart from this, the Bank has a decent presence in the overseas country, including Dubai, Abu Dhabi, and London. It provides employment to 25000 people and offers various banking products such as debit cards and saving accounts. It also provides credit options in the form of gold loans, home loans, and personal loans.

Before 2010, the primary focus of the organization was to lend microloans to the underprivileged. In a pursuit to scale, it acquired an NBFC and became the largest MFI in the country. In 2015 it got the RBI's nod to work as a universal bank. Currently, it offers banking services, loans, and investment options. Its popular loan products include agriculture loans, home loans, and personal loans.

Yes Bank Limited was established in 2004 but from the past year the bank is under RBI’s scrutiny for an increased bad loan of Rs 42,000 crore. Now, contrary to focusing on corporate banking, the bank is planning to work as a retail bank. However, the SBI wants to rescue it by infusing capital raised from prominent banks like HDFC, ICICI, Kotak Mahindra, Axis Bank, and the local investors. Remember, Yes Bank used to lend syndicated loans to retail, medium-scale enterprises, and big corporations.

RBL bank is the modern face of Ratnakar Bank that was established in 1943. The Bank had the legacy of serving small and medium enterprises (SMEs) and business merchants in the Kolhapur-Sangli belt. The Bank's product includes Home loans, personal loans, business loans, education loans, FDs and RDs, and deposit accounts. In 2019, the Bank had managed to generate a whopping revenue of Rs 7,743.

After meeting all the formalities of the Banking Regulation Act, it was named as Federal Bank Limited in 1949. And, between 1963 and 1970, it acquired 5 banks and became a commercial bank in 1994. Currently, the Bank has branches in overseas countries like Dubai and Abu Dhabi and has 1.2 million NRI customer base. The products it offers include deposit schemes, loans, debit cards, and credit cards.

IDFC Bank was established in 1997 and got the NBFC license from RBI in 1998. However, after starting its operation as a universal bank in 2015, it announced the merger of the NBFC Capital First and IDFC Bank and today it is known as IDFC First Bank. Apart from giving its services to the infrastructure sector, the bank serves corporate and private customers. Remember, IDFC Bank was the first bank to launch Aadhar-linked cashless transactions in India post demonetization. The major products of this private sector bank include consumer banking, corporate banking, wholesale banking, wealth management, and Investment banking.